100: UnEarth – Wildworks – At The Lost Gardens of Heligan 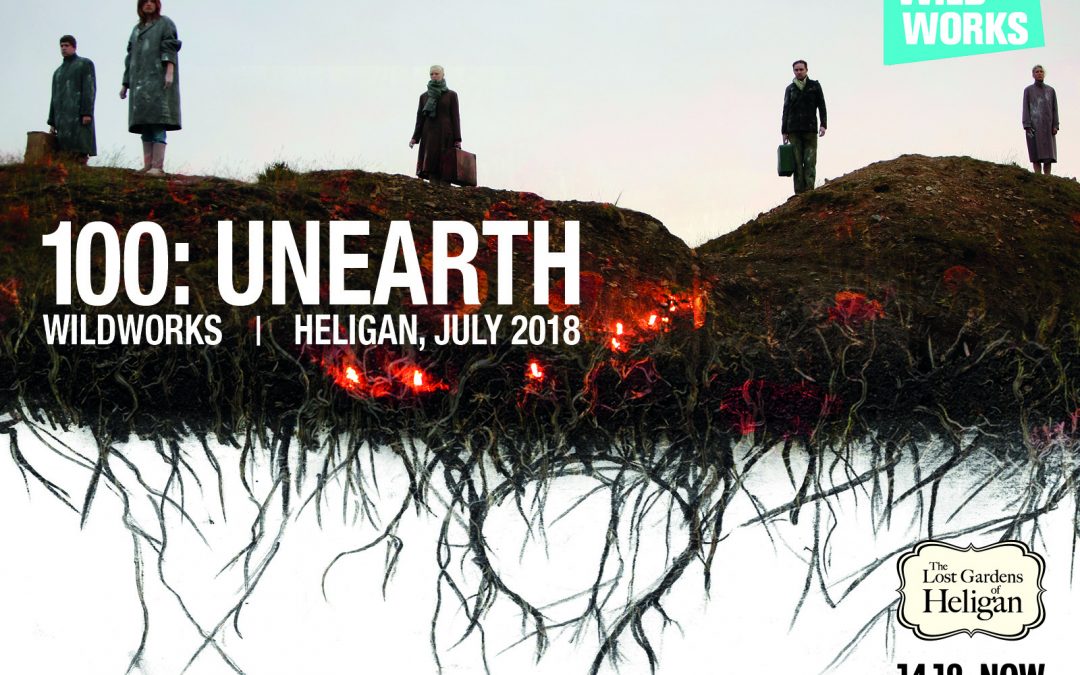 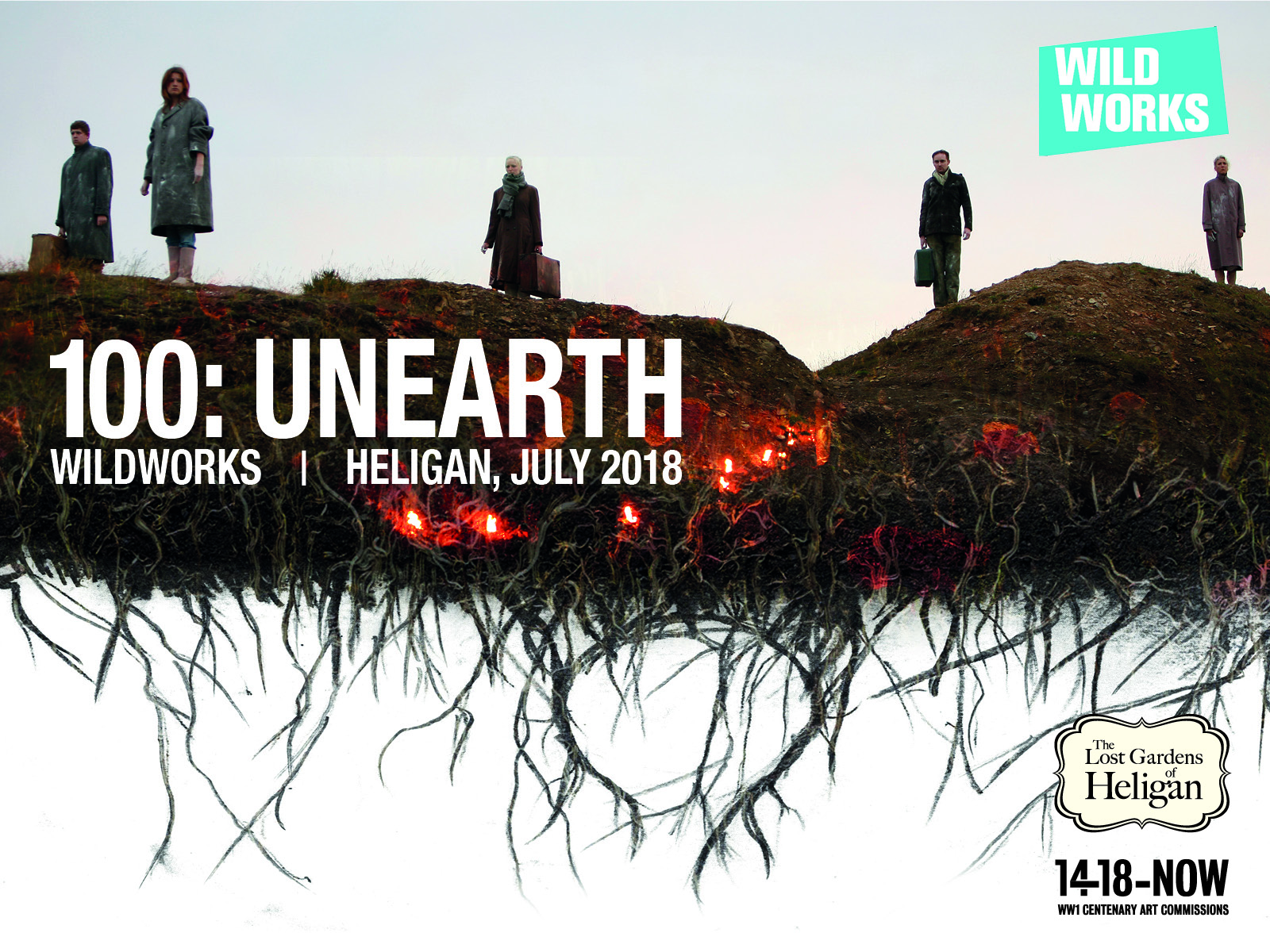 Last year WildWorks made a triumphant return to Cornwall with the acclaimed production Wolf’s Child on the Trelowarren Estate.  This year they return with a brand new show at The Lost Gardens of Heligan, near Mevagissey, Cornwall.

The show, which will be at #TheLostGardensOfHeligan from 3rd to 22nd July, is a story of war, love, loss and hoped. It explores what happens when war is over. It’s been co-commissioned by Heligan and 14-18NOW, the UK’s arts programme for the First World War centenary. 100: UnEarth forms part of 14-18 NOW’s 2018 season marking 100 years since the Armistice,

The WildWorks team were interested in the aftermath of war; when people have to move on with their lives, whether that is a woman bringing up children on her own or a soldier attempting to return to normal life.

There are strands of the tale of Orpheus in 100: UnEarth.  Shortly after Orpheus returns home from the war and is reunited with his love Eurydice, a tragedy occurs and Eurydice is killed. Vowing to find her and bring her home, he travels to the underworld with his band of soldiers. The audience will go along with them … if they are willing to.

Emma said: “It is important to us that our work is based on authenticity. There are no WW1 veterans left to talk to so, we started talking to people who’d been through any conflict or who had been left behind. It didn’t matter what side you were on or which era – it will always leave scars on you. This work focuses on the impact of war on us as humans.

“We talked to people through Help For Heroes and the Royal British Legion and interviewed people who’d fought in Afghanistan, Iraq and the Falklands; people are still coming forward to tell us their stories.” 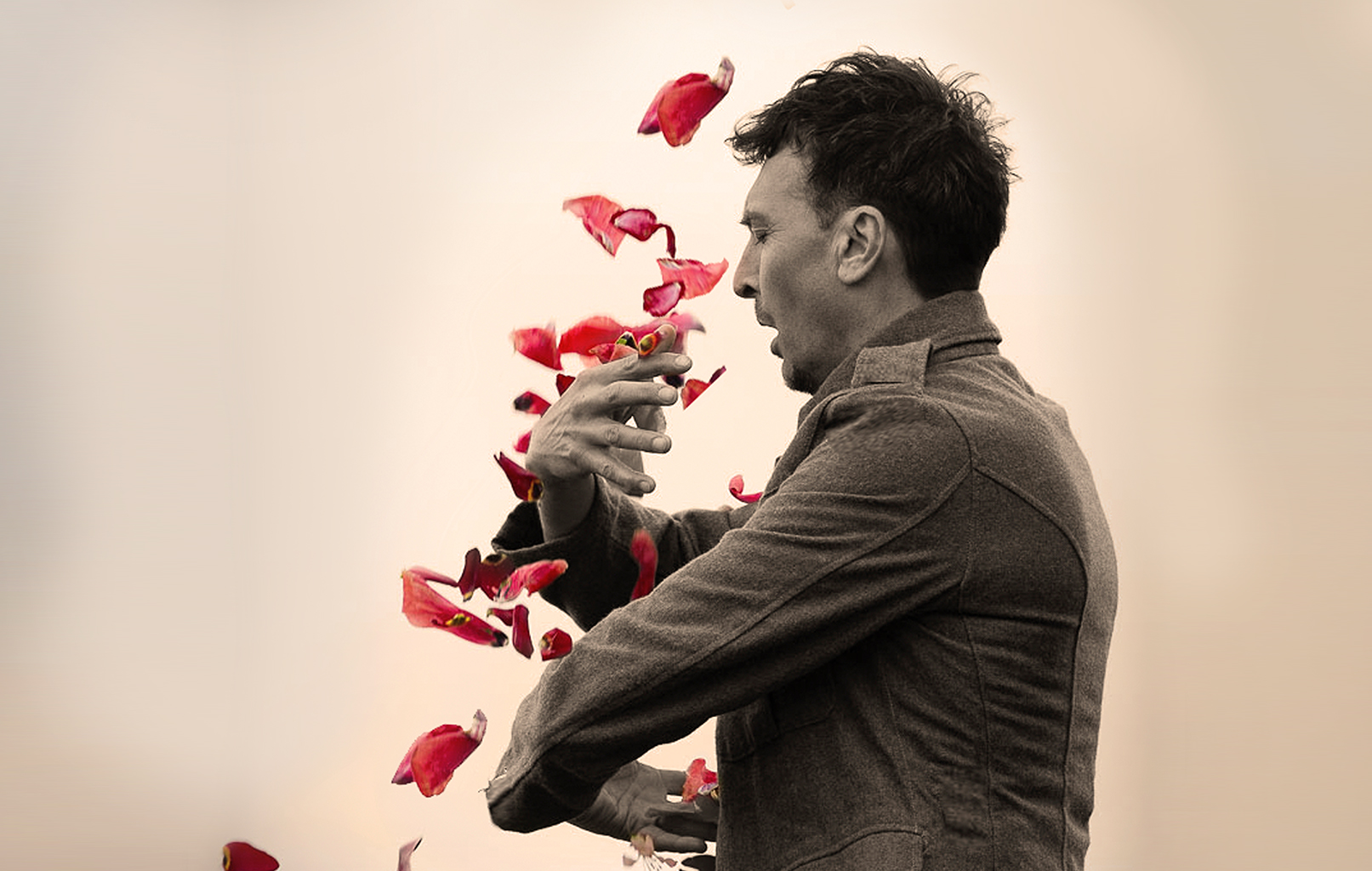 The underworld is very busy following the devastating numbers of people lost at war.  There will be scenes of conflict and trauma that people in the underworld are reliving, both the First World War and contemporary conflicts combined with scenes of the lives that people didn’t get to live.

The show starts at 7.30pm each night (6.30pm on Sundays) but there will be a pre-show of sorts at 6.30pm where WildWorks will establish the stories of the people in the village; those who didn’t come home and those couples who have to learn to share their lives again after four years apart.

Tickets, priced £24 with concessions, for 100: UnEarth are available from the Hall For Cornwall box office on 01872 262466. https://www.hallforcornwall.co.uk/Online/article/100UnEarth