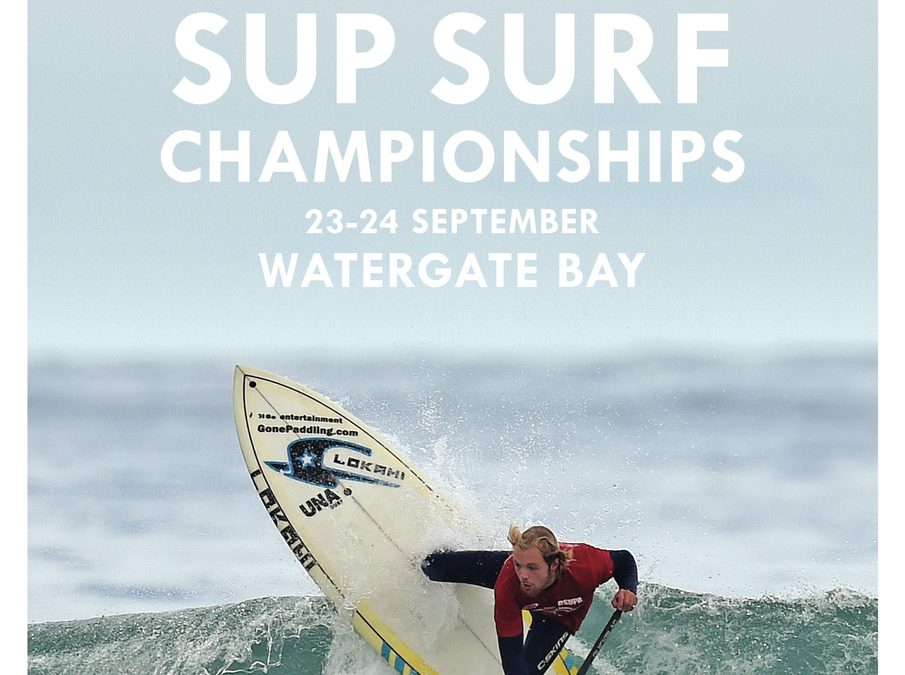 These championships are the country’s premier and most established
sup surf competition. They will form the second leg of the 2017 BSUPA Sup Surf Series.

Watergate Bay located on Cornwall’s North Cornish Coast, with its towering cliffs, natural amphitheatre shape bay and large expanses of golden sand provides a world-class venue for these championships. The organisors would like to thank Watergate Bay for their continued support in the staging of this event.

The sport of Stand Up Paddleboarding is the fastest growing ocean sport in terms of active participation.

For information on British Stand Up Paddleboard Association
www.bsupa.org.uk

For information on Watergate Bay
www.watergatebay.co.uk